TELUS donates $1 million to support youth with tech-focused health and education projects. TELUS partners with local charities to build strong communities and help youth in the greatest need so everyone has an equal chance to succeed. 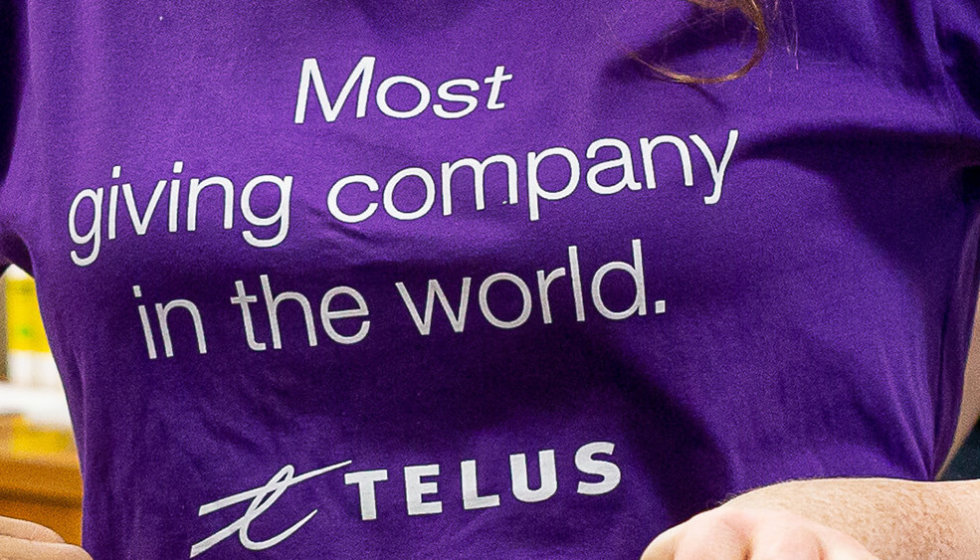 Quebec City, Quebec – Today, TELUS and the TELUS Friendly Future Foundation revealed the details of a donation of nearly a million dollars to some 70 charities in the Greater Quebec City area. This was announced during the 12th edition of the TELUS Celebration of Giving in Quebec City, an annual event that rewards the exemplary work of volunteers and professionals who are committed to build a brighter future for underprivileged kids through technology, health and educational programs so they can learn, grow, and reach their full potential.

“Each year, I am deeply inspired by our local charities which work tirelessly to enrich the lives of young people in our area,” says Martin Cousineau, President and CEO of the Lobe clinic network, and president of the TELUS Community Board in Quebec City. “It is a great privilege for me to sit on the TELUS Community Board as it brings the most promising ideas to life, giving organizations the tools they need to get their ambitious projects up and running. This year, we encouraged youth to take a stand against violence in sport through virtual reality, young people living with a disability learned to express themselves through adapted art workshops, and we enhanced the community services offered to vulnerable families in the streets of the Beauce region after last spring’s floods.”

Dozens of representatives attending the TELUS Celebration of Giving took part in a seminar on the state of philanthropy in Quebec, presented by experts from Générosité 360. TELUS also celebrated the community engagement of Mathis Pelletier and Eldin Yinela Araujo Reyes, who received the Prix Jeune philanthrope TELUS, an award that encourages young philanthropists to become positive leaders. Mathis and Yinela each received $1,000, including $750 that will be donated to the charities of their choice: Fondation Sourdine and Motivaction Jeunesse.

The million-dollar donation announced today comes from the TELUS Friendly Future Foundation, the TELUS Community Board in Quebec City, contributions from active and retired team members, as well as corporate donations and sponsorships. Since its creation eight years ago, the TELUS Community Board in Quebec City has given more than $4.5 million to support nearly 600 youth health and education projects in the Quebec City, Chaudière-Appalaches, Saguenay–Lac-Saint-Jean, Centre-du-Québec, and Estrie regions. The Board is supported by the TELUS Friendly Future Foundation, which helps more than two million young people across Canada each year.

These are a few examples of projects supported this year by the TELUS Community Board in Quebec City:

About TELUSTELUS (TSX: T, NYSE: TU) is a dynamic, world-leading communications and information technology company with $14.6 billion in annual revenue and 14.5 million customer connections spanning wireless, data, IP, voice, television, entertainment, video and security. We leverage our global-leading technology to enable remarkable human outcomes. Our long-standing commitment to putting customers first fuels every aspect of our business, making us a distinct leader in customer service excellence and loyalty. TELUS Health is Canada’s largest health care IT provider, and TELUS International delivers the most innovative business process solutions to some of the world’s most established brands.

Driven by our passionate social purpose to connect all Canadians for good, our deeply meaningful and enduring philosophy to give where we live has inspired our team members and retirees to contribute more than $700 million and 1.3 million days of service since 2000. This unprecedented generosity and unparalleled volunteerism have made TELUS the most giving company in the world.

All Locations:
Closed - All official Holidays